6 months after taking the cuttings (see previous post), over 90% have produced positive results – a much higher success rate than anticipated.

They are all produced very healthy root systems and are already desperate for more space!

Most cuttings produced several strong new culms with a number of side branches and healthy looking leaves.

One of the prime examples – top height of over 170 cm!

To conclude – African bamboo likes to take root in the subtropical climate of coastal KZN 🙂
I will continue propagating (on a small scale) and can’t wait to begin propagation trials with my other species.

22nd December 2018 (at full moon) I cut a couple of culms, took the bottom five internodes and divided them into pieces and trimmed away the side branches apart from the main ones. Then I briefly soaked the cuttings in water with added honey and cinnamon.

I submerged the cuttings in the soil at a 45 degree angle, covering the nodes with soil and leaving the side branch with leaves sticking out vertically, with the top opening of the cutting above soil level to be able to add water on a daily basis for the first 4 weeks.

Not all cuttings produced shoots straight away but we took another round of cuttings at full moon in January 2019, which also started showing results. We will still have to see what the propagation success percentage will be and if the plants develop healthy rhizomes, which I will check upon my next visit soon.

In early July last year I ordered 3 Moso seedlings (Phyllostachys edulis – a giant timber bamboo) on ebay Germany and had them sent to my parents who lovingly potted them up and looked after them.

One of them I took to Liverpool in my hand luggage, and the other two were moved into my parent’s conservatory in autumn – to receive great interest from a little visitor who managed to sneak in unnoticed:

Unfortunately the liking was to such extreme that she completely devoured one of the bamboos and badly ‘pruned’ the other – to then have a nap in the sun-warmed pot!

Luckily the survivor recovered with plenty of TLC by my parents and is currently doing very well on the warm and sunny window sill in their lounge.

The Moso I carried in my hand luggage survived the trauma of the journey to England with no signs of damage: 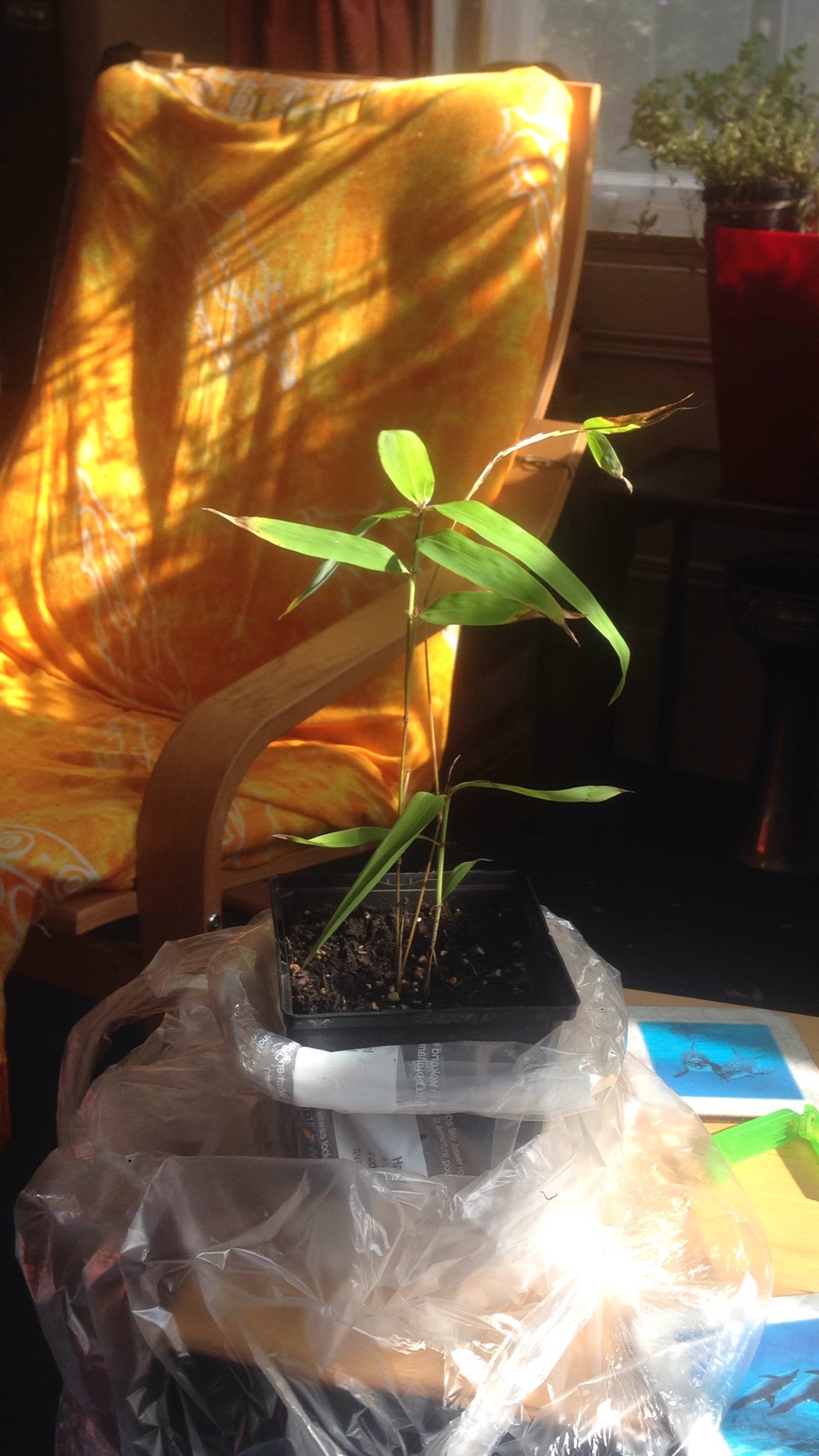 I keep moving it around the room during the day for maximum sun exposure, and beginning of October a beautiful new shoot emerged:

I decided to give it a bit more space so now it is living in a discarded colander suspended in a bucket:

At the end of February, I got news from Germany that a new shoot emerged, and the plant in UK also produced this beautiful new sight over the last couple of weeks:

Of course the new shoots still have a very small diameter, and growth is very slow compared to the species I planted in South Africa, but they are equally enchanting:

One day they will be big and strong enough to be planted out, I yet have to find a suitable location – Moso is a hardy bamboo native to China and Taiwan and can survive temperatures down to minus 17 degrees celsius, but it likes a long, hot summer with plenty of rainfall to grow to it’s full size. In Europe it is now being commercially farmed in Southern Italy, and I would love to see how it will do in the area I grew up in. Aschaffenburg has the nickname “Bayrisches Nizza” (Bavarian Nice)  for it’s mild climate, and in the right spot with the right care I believe Moso could do well.

You’ve got to see it to believe it.

The astonishing growth rate of my bamboos exceeded all my expectations during the first couple of years – I started a Photo Diary now documenting the growth, have a look and feel free to leave a comment. 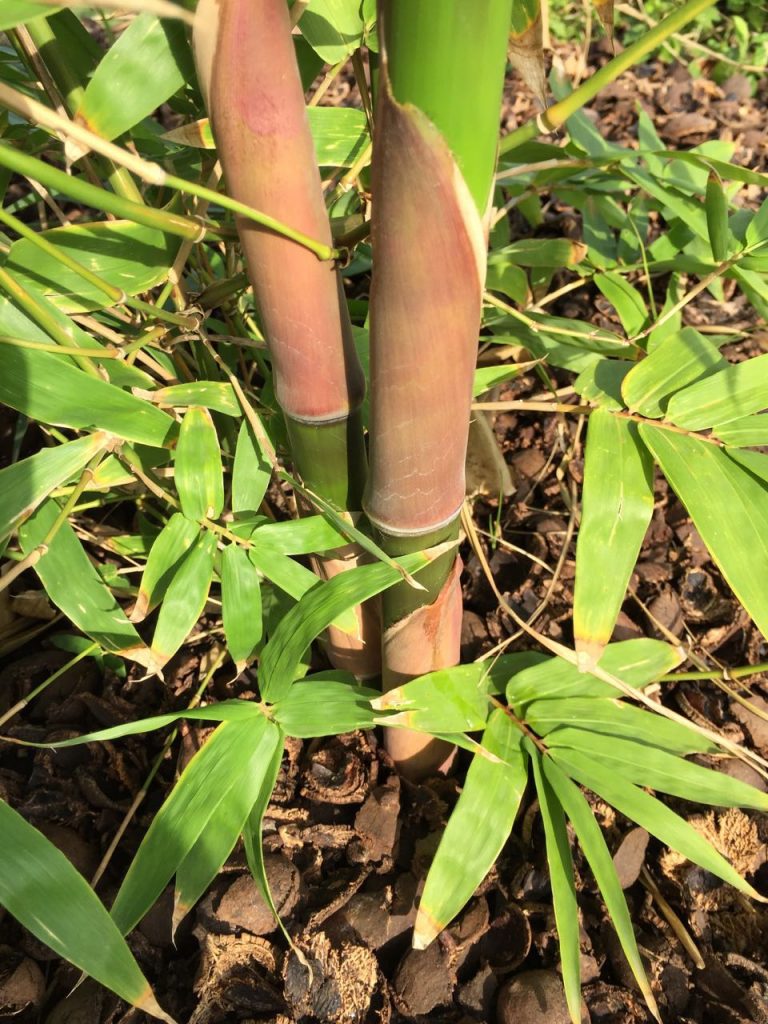 and since then have been investing most of my spare time into online research,  developing a growing vision of sustainable livelihoods and raising funds working as a freelance musician/tutor/composer/musical director in UK.

In August 2015 my vision started to become reality when I planted 64 bamboo seedlings on a piece of land in the subtropical coastal climate of KwaZulu Natal, South Africa. 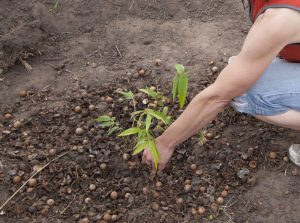 In this blog I will share my experiments, experiences, successes and failures for you all to enjoy at your leisure.

I am also sharing the most fascinating and valuable bamboo facts and knowledge I came across during my online research on Facebook, stay tuned by liking my page and joining the group @BambooWoman.